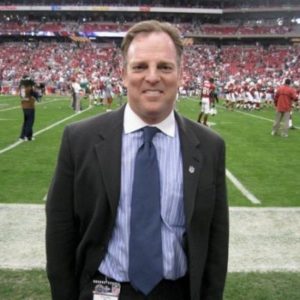 Philip became involved with MLAZ in 2013 through his friendship with Al Maag who was on the Board of Directors (BOD) at that time. He also was aware of MLAZ through Boys Team Charity group that his son was involved with and through National Charity League which his daughter was involved with. He and his family have spent time volunteering and getting to know the athletes. Philip’s wife Pam has been a special education teacher for most of her career. Al invited him to join the board in Jan 2014. Since then, he has grown to become very close not only with the BOD members/staff but most importantly the athletes and their families. He thoroughly enjoys being at the field and MLAZ holds a special place in his heart. Since joining the BOD he has become involved in starting and co-chairing the Wiffleball Tourney 2016/17 and is currently Vice Chair BOD and head of the Fundraising/Sponsorship Committee.  He was on the Arizona Sports Commission Board for many years.

On a professional level, Philip has been Vice President of Business Development WinCraft Inc. a manufacturer of sports and entertainment licensed products since 2006 and enjoys cycling and skiing.